The Royal Pavilion is an exotic palace in the centre of Brighton.. It is the former sea side summer palace for King George IV and has a colourful history. This historic palace mixes Regency grandeur with the visual style of India and China. It was sold to the city of Brighton by Queen Victoria who undoubtedly was not amused by the antics which her predecessor got up to.

The city invited artists to come and enjoy painting on the lovely grounds of the palace and will be posting the resulting pieces on the Royal Pavilion website. My friend Tina Stiles and I took advantage of this and lugged out plein air gear around the grounds in order to find the perfect place. As I had already used the pavilion reflected in it’s small pool in front for a small encaustic piece, I decided to paint that angle that day. I used acrylic paints as it was set to shower and I figured that the plastic in this medium wouldn’t be bothered by a little sprinkle. It did sprinkle so I had to fold up my french easel and head for cover under the overhang of the pavilion to finish the painting. In looking at the finished product, I think that it could have benifited with being looser. Maybe staying in the rain could have been the key.

After, we decided that all the lugging of art gear wore us out so we decided to end the afternoon with a wee glass of wine on one of the benches in the grounds. A rather startled tourist from Germany agreed to take our picture. He took one himself undoubtably thinking that he had come upon a couple of happy old artists after a hard day. 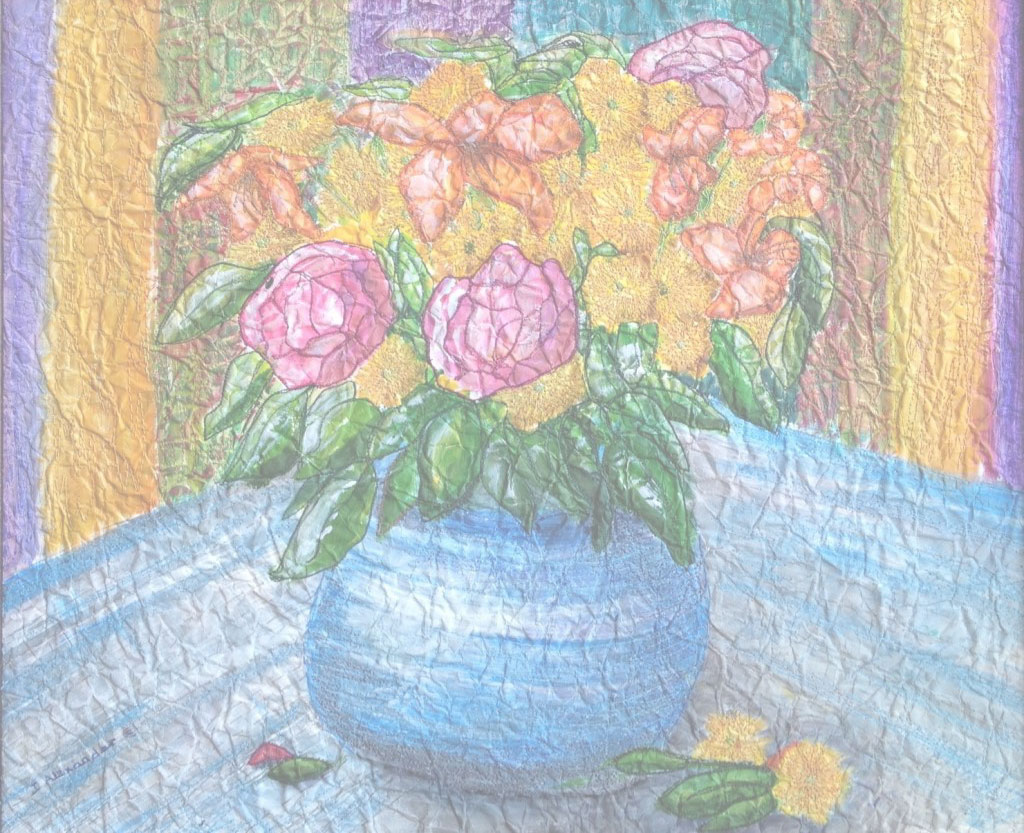