Recently I returned from a 5 day trip to New Orleans with my three sisters. We timed it to correspond with their music festival and boy does that lovely city shake with music. There were at least 12 large stages set up throughout the French quarter with music being played and sung from sunrise to sunset and beyond. One heard all sorts of music from traditional jazz, to vocals that hummed with the Caribbean influence. On most street corners one could find musicians singing and playing various musical instruments. It was magical.

The largest venues had dozens and dozens of artists selling their work. It was delightful to see what different styles and mediums that dazzled the eye. One which really caught my interest was by an artist who scrounged rusted panels and painted on them with enamel used in the automotive industry. He explained how he explored this medium so it worked to his satisfaction. I was mesmerised. His name is J. Jones and his web site is jonesexplorations.com

In our spare time, we four took a water tour around the beautiful Mancha Swamp and Bayous in the National park and Wild Life Preserve. Here we saw dozens of American Alligators of all sizes. Our captain showed us one that was handed around to us. He explained that the young alligators had a 20% rate of survival to adulthood so he kept one for about a year, feeding it and showing it to the tourists. By then it had reached a reasonable size so not be eaten by birds and other animals.He then released it.  I was able to hold the little guy whose name was BRUCE!

We also included a Plantation Tour that day and were delighted to see the beautiful Oak Alley Plantation. The house was beautiful and the small houses for the slaves were sobering. The approach to this huge home was through huge oak trees which were hundreds of years old.

Not to be missed was the cajan food. We tasted alligator (like Chicken), jumboli, crawfish pie, gumbo, and spiced beans and rice. These of course had to be cooled down with mint Juleps.

This get together with my sisters was so much fun and unforgettable. It  filled my inspiration needs to the brim. 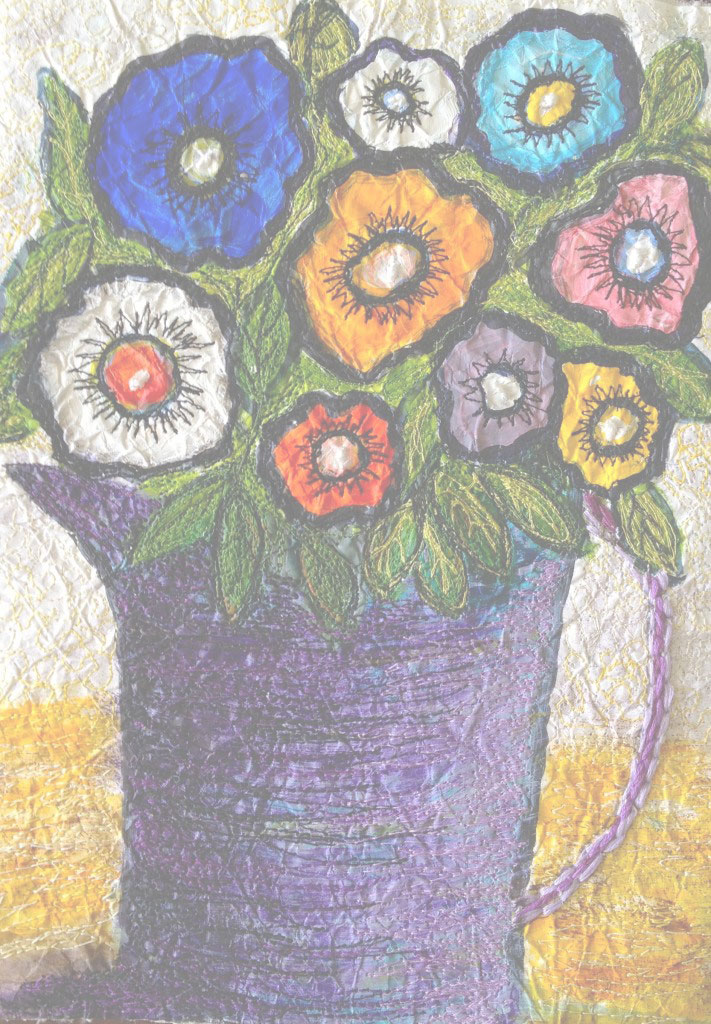