There are a variety of exciting exhibitions at the Victoria and Albert Museum in London.  I booked to see two that are on presently with my friend Donna Jones ( www.donnajonesdesigns.co.uk ) who traveled in from Wales to see the exhibition. What a delight and adventure we had.

The first exhibition was called Undressed, a brief history of underwear. There were rare old and modern pieces of ladies and mens undergarments, nighties, and downright weird lounging  outfits.  Many of these were beautifully stitched and embroidered. The corsets set my teeth on edge at the thought of being strapped into something made with whale bones and fixed so tight that ones internal organs were actually squashed in a most unhealthy way. No wonder ladies swooned as a matter of course in those days. The ones pictured below look to have about a 16-18 inch waist! Yeah for women’s lib, liberating us from this torturous clothing (although I do wonder about those towering high heels).

The next exhibition was called Revolution. It was about records and rebels 1966-1970. It was a wonderful walk back to that time with many original manuscripts from Beatles,Paul and John, along with their outfits, fashions worn during that time, political activism, historical happenings and music music music. We were given headsets to wear when we entered and as we passed through the various areas, the music changed. This culminated in a huge room surrounded by large screens and surround sound loud music, The flooring was artificial grass with bean bags to lounge on. Yes, we were in the centre of the Glastonbury festival and Woodstock! People were lounging about lost in the thumping music. It was so much fun experiencing the close up clips of Bob Dylan, Joni Mitchell and others as well as speech clips from people like Marten Luther King. I loved it.

Unfortunately we were unable to visit the Opus Anglicanium exhibition due to running out of time. We had a snowstorm to contend with!

The snow experience  in southern England is not like that of Canada. Because snow is so rare, there are few gritters and salters to ease the pain of trying to drive on snow which has turned to ice. When I finally arrived at my bus (booked due to a rail strike ugh!), it was shortly after 5 pm. We traveled at the great speed of 0-3 mph!  After stopping at 10pm for a driver break when we dashed to a store to buy something to eat, we continued on. At midnight I finally arrived at the sea side in Brighton having fallen asleep past my Patcham drop off and five calls from Chris.  He came to rescue me, cold tired but very happy with a day at the V&A and a snowy adventure. 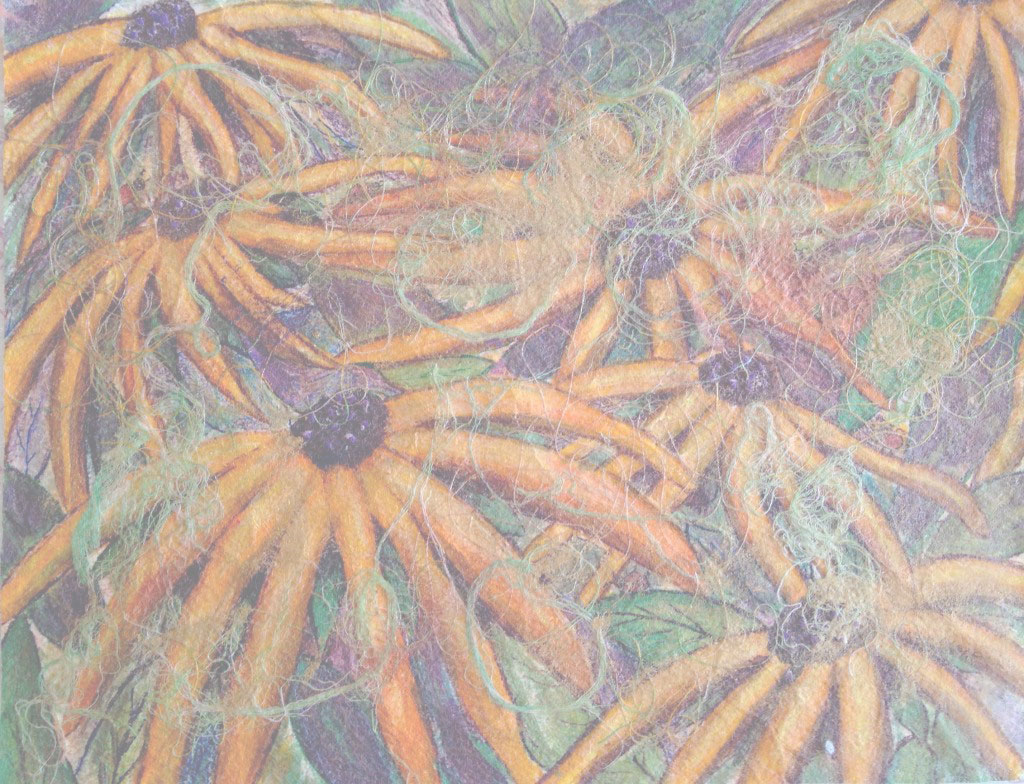