In the forests of the Queen Charlotte Islands off the coast of British Columbia in Canada Iay the ancient lands of the Haida First Nation. The history of their beliefs in the spirit world are standing proud at forests edge. The ancient totem poles remain there as a reminder of times past. They are proud sentries of the Haida history. The totem poles are framed by flowering Indian Paintbrush.

I hope that these textile paintings show some of the powerful energy and spiritual feeling surrounding them. I so enjoyed painting them. 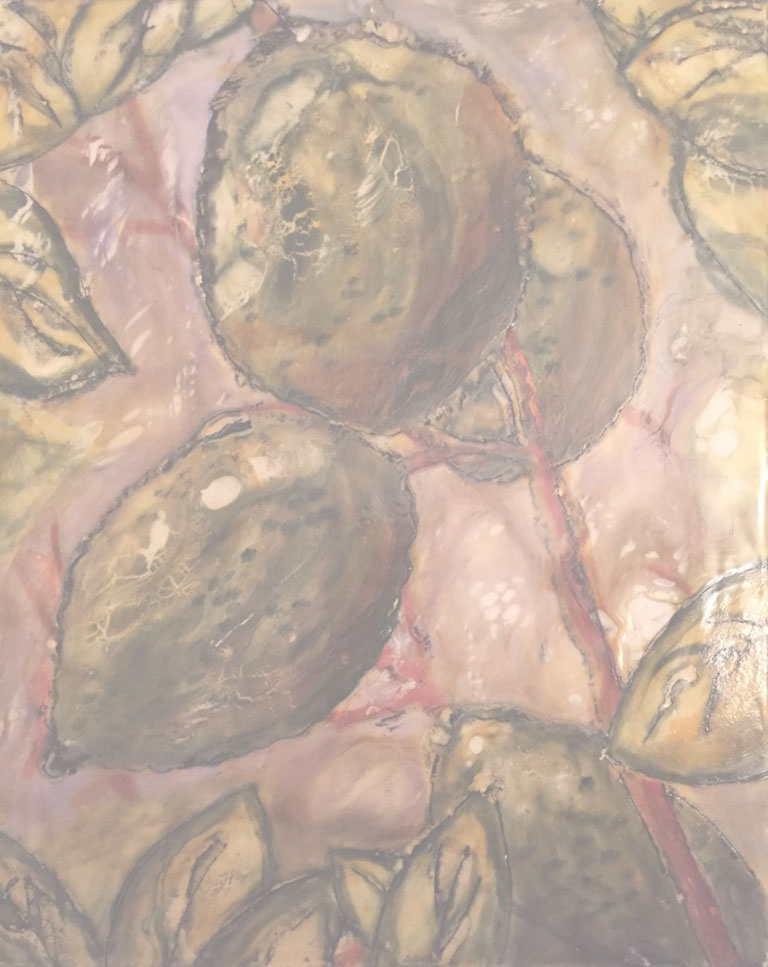