A few days ago we had the pleasure of attending a 72 birthday party at La Cave a Fromage in Hove. it was the first time that I had attended a party in a high end cheese shop and it certainly won’t be the last. Wonderful cheeses from around the world with wine and accoutrements were part of the celebration for my friend actress Carol Cleveland of Monty Python fame.

Carol invites friends from many walks of life to these parties but I find it fascinating to meet many of her professional actor friends who continue to work actively in their profession. I find them full of joy and energy and the love of their chosen work. I so enjoyed my conversation with actor Bruce Montague who has appeared many times with Vivian Leigh, acted along side of Topal in Fiddler on the Roof as well as many more during his long life of acting, His strong features begged to be photographed and later I will have fun painting a portrait from the photos for the shear joy of it.

Art comes in many forms. Film and stage are just one and a fine one at that. It is not just the actors but the thousands of people behind the scenes to make this magic happen. My nephew David is involved with film as a boom man and taking still photographs of the scenes. I hear from him of the rigours of shooting film in adverse conditions in the depths of winter in Alberta Canada and marvel at the commitment of these people to ply their profession. My sister Faye has just published her first book called ‘Sixteen Chickens on a Trampoline’ after many years of gathering information for it. Good art in it’s various forms doesn’t just happen, it is the result of much work and commitment.

I have included a photo of Bruce with Carol in the background. I also added an unfinished piece I am working on for inclusion in the Embroiders Guild show in Ardingly Sussex, UK in June. It is in celebration of the 150 anniversary of the writing by Lewis Carol of his book, Alice in Wonderland. 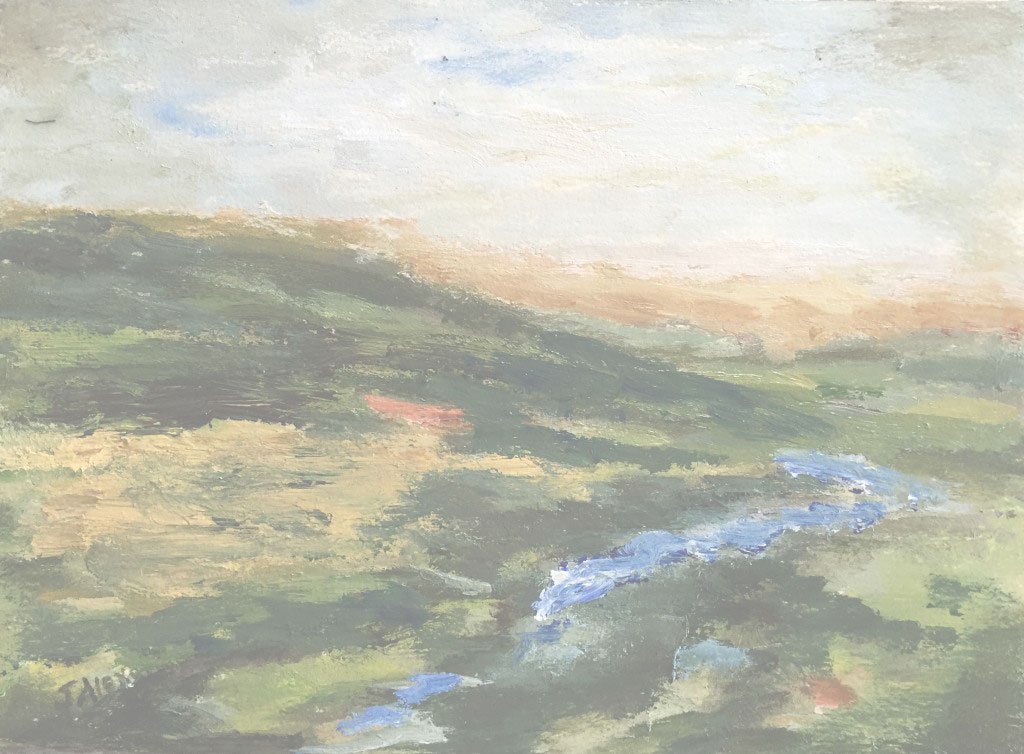